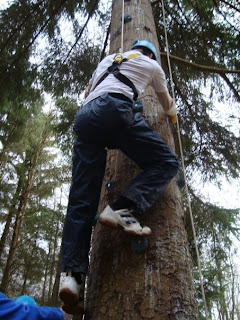 Another thing this poxy Glandular Fever is making me miss is this year's Scottish Liberal Democrat Conference which takes place this weekend in Perth. We usually go as a family and it's one of the highlights of our year. I have mixed feelings about missing it - it's the best programme I can remember and it looks like it's going to be really busy, so I'm gutted not to be there. Realistically, though, I know I wouldn't last half an hour so there's no point in whinging.

So, I am just going to stay home and watch Comic Relief while my colleages attend fascinating fringe meetings and consume vast quantities of free booze. And before Malc gets on his high horse, I'm sure they have alcohol at SNP Conferences too.

I did wonder aloud on Twitter this morning what I could do to raise money for Comic Relief while stuck here and the only thing I seem to be any good at just now is sleeping. I had a couple of suggestions - one was seeing how long I can stay awake. That's not a good idea given that if I push myself too hard, I wipe myself out. The other suggestion was that I see how much chocolate I can eat - sounds delicious but my appetite is not what it was, which is probably a good thing.

I have tried to do my bit,though, first my sponsoring the Mountain Climbing Fools (see opposite, and didn't they do well? Fearne Cotton is my new heroine), then by donating the price of a round in Perth to BBC Technology Editor Rory Cellan Jones who is doing a fundraiser by Twitter.

I thought I'd done, but then today I discovered that Scottish Liberal Democrat Leader Tavish Scott has not forgotten Red Nose Day and is attempting to raise money for the cause by doing Scotland's tallest tree climb in Perthshire. Please follow me and sponsor him here.

I will be be following Tavish's progress and the gossip from Conference via Twitter and the web. There is precious little tv coverage this year, unfortunately. However, I have been promised all sorts of gossip and news from my friends.

Malc's allergic to horses whether they are high or otherwise.

And he started drinking again.

Don't think you're missing out on much though...

It wasn't your personal alcohol consumption I was referring to - it was the Unionist Parties support Binge Drinking headline of the other day:-).

I really hate Comic Relief - it just achieves so little despite the efforts of so many people who give up so much time: http://blog.matthewcain.co.uk/why-i-hate-comic-relief/

From a personal point of view, I think that it's great for raising awareness of issues with my daughter and her friends - get them thinking of those less fortunate than themselves now and who knows how that will inspire them in the future?

My sadness is that there was so much focus on Malaria prevention but they obviously didn't say that the UK Government routinely deports children to Africa where they will be at risk of Malaria and doesn't even give them so much as a net to protect them at the paltry cost of £5.