My husband is passionate about his music in the same way that I'm passionate about the Liberal Democrats, Doctor Who and Formula One. Over the past few months, he's been transforming our conservatory into a music haven, complete with pulsing, flashing lights. He has the sort of equipment that I look at in total awe. It looks, to be honest, that it has more to do with flying the TARDIS than music, but he's loving it.

He has always had a massive record collection and the move to CDs and digital download has only served to increase his desire to accumulate yet more vinyl.

Yesterday was his equivalent of the Doctor Who Convention, or the Monaco Grand Prix - the fifth UK Record Store Day. He was actually queuing outside Underground Solu'shun in Cockburn Street at 8am. I've only ever been in the shop once, when Bob was really ill. I have not got the first clue about Bob's music. My taste, if you can call it that, rarely ventures outside the genres of camp and cheese. Anyway, I went in and asked the guy behind the counter to help me. He sent me away with a pile of records and Bob loved every single one of them.  Talk about knowing your customers.

Anyway, Bob had a lovely day, listening to the DJs in the afternoon, one of whom, Fudge Fingas,  had been in Russia not long ago and came home with quite a haul, including loads of pressies for us.There had even been a famous face in the shop - author Ian Rankin had popped in for a browse.

Here's a wee video he took which captures the atmosphere.

The serious point about this is that small, independent shops like Underground Solu'shun have to be encouraged. Otherwise, we'll all end up listening to sterile, samey downloads. It's the same thing as encouraging independent bookshops and breweries. We need the originality and diversity these places provide. Record Store Day  provides a way of showcasing what these shops have to offer.

And look at Anna's and my pressies: 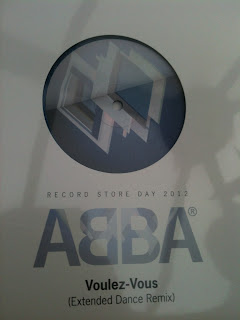 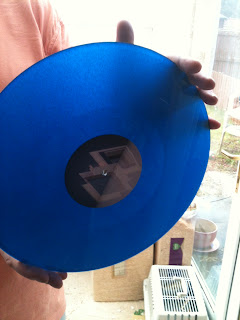 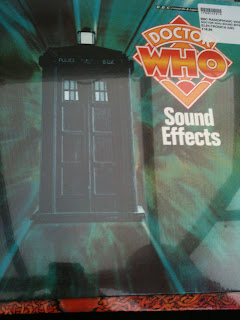 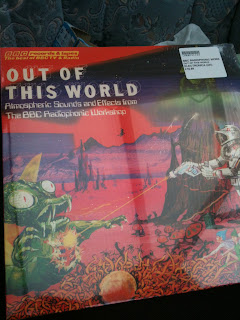 I feared that the Voulez Vous would have been distorted out of all existence, but it was actually extremely good and true to its proper Abba roots.

Bob had a great day - but he also lives out the maxim that a record store is for life, not just for Record Store Day. He's in there every week.  So, readers, make it your challenge for the rest of this year to buy more stuff in small independent shops and help them to thrive.
Posted by Unknown at 2:12 pm