Hard to believe, but my childhood hero, former Beatle Paul McCartney turns 70 today. You wouldn't think it, given the stamina he showed on stage last December when my niece Laura and I, with a Responsible Adult in tow, went to see him. Over 3 hours on stage and over 43 songs. You can read my review of that event here. The bands of today would be completely floored just looking at such a setlist. That evening was definitely one of the highlights of my life. 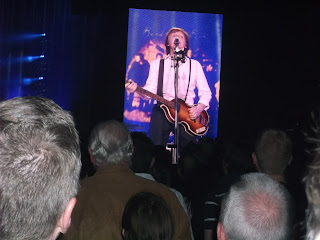 One of the things I really liked about McCartney was that, unlike many other musicians of the same vintage, he was really family orientated. He didn't figure much in the tabloid headlines because his private life was too boring. He kept his kids well out of the limelight and just got on with his life.

You'll probably all be aware that I'm a committed carnivore, but I see some merit in the Meat Free Monday campaign that McCartney has become associated with. Yesterday's Sunday Times, with the cringeworthy headline "Give Peas a Chance" trailed this new video he's released on the subject but it's behind the paywall. It's a wee bit rambling, but makes some interesting points about why it's in our long term environmental and health interests not to eat meat every day. You can't really argue with that.

For those of you who don't have access to that, here's an earlier video of him singing his Meat Free Monday song:

So, Happy Birthday, to Sir Paul. I really appreciate him providing 3 generations of our family with the soundtrack to our lives. It was great to see him closing the Diamond Jubilee concert and to know that he will also be singing at the Olympics opening ceremony. 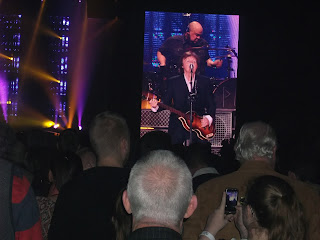