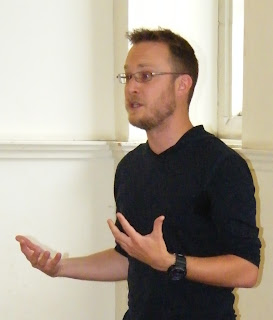 
Part 1 - Against the Orange Book

What is a social Liberal? What are the values that underpin social Liberalism, and distinguish it from other political creeds, both within and outwith the Liberal family? And – most relevantly, for a meeting launching the Social Liberal Forum in – what makes social Liberalism better? This essay aims to answer those questions, and also to make a start at showing how those foundational values can be put to practical work in developing policies and informing practical politics.

To start with, however, I want to focus on our rivals. Effectively, this means the position set out in The Orange Book,[1] especially by David Laws in his keynote essay ‘Reclaiming Liberalism: a liberal agenda for the Liberal Democrats’. There is much that is wise and liberal in Laws’s essay, and in the Orange Book more widely. Nevertheless, seeing what’s wrong with Laws’s position seems to me the best way of motivating, and helping to characterise, a social Liberal alternative to the economic Liberalism articulated there. As we will see, the theoretical terrain is a good deal more complex than a simple opposition between two clear, distinct and homogeneous rivals; but we have to start somewhere.

The best thing in Laws’s essay is his injunction against a la carte Liberalism; that is, a political position not motivated by sound and consistent Liberal principles, but rather composed of a mish-mash of apparently worthy causes, adopted piecemeal with no overall theoretical framework. Laws is right that this is a bad thing. The danger of such an approach is that, while each of these policies might seem well-intentioned in context, it leads a fractured and contradictory picture overall. The chance of a clear and distinctive Liberal voice is lost, and the failure to articulate clear general principles underlying our policies gives the impression of their being an opportunistic pick and mix, even if they’re not.

So far so good. The social Liberal should agree that we must avoid a la carte Liberalism. Nevertheless, we part company with his positive proposal for how to do so.

Laws identifies four central commitments of the Liberal tradition: personal liberty, political liberty, economic liberty, and social liberty. The first consists in freedom from interference and coercion; the second in participation in the political system; the third in private property rights and the ability to participate in a free market; and the fourth in possessing the necessary internal and external resources to use the other types of freedom for individual and societal betterment. Laws’s view is that Liberalism should be concerned with the balanced combination of these four elements. However (he says) in the twentieth century the Liberal and Liberal Democrat parties consistently downplayed the importance of economic liberty, eventually leaving the Conservatives of Margaret Thatcher to become its champions. In the interests of restoring balance, Laws argues, we must reclaim economic liberty, and return it to centre stage in Liberal Democrat thinking. This is the guiding spirit of many of the essays in the Orange Book as a whole, most of which in one way or another argue for the incorporation of free market mechanisms into the organisation and delivery of public services.

The problem with Laws’s argument is that the four strands that Laws identifies are unhappy companions. True, they have all been elements of the Liberal heritage, albeit in different combinations and with different emphasis at different times. That history, however, doesn’t mean that all four elements can unproblematically now be combined. In fact, the opposite is true. To take one example, unconstrained economic liberty tends over time to lead to large inequalities in wealth and influence. Such inequalities impede political liberty because of their negative impact on people’s ability to participate in the political system on an even footing. To take another example, trying to promote social liberty sometimes leads to people having less personal liberty than they might otherwise have. Laws himself quotes a speech by Joseph Chamberlain in 1885, in which the latter evokes exactly this sort of tension:

The great problem of our civilization is still unresolved. We have to account for, and to grapple with, the mass of misery and destitution in our midst, co-existent as it is with the evidence of abundant wealth and teeming prosperity. It is a problem which some men would set aside with references to the eternal laws of supply and demand, to the necessity of freedom of contract, and to the sanctity of every private right of property. But gentlemen, these phrases are the convenient cant of selfish wealth.

In other words, in our current unjust world, we can’t pursue all four types of liberty at the same time. We can’t always have all the freedoms we might want, because in a non-ideal world the different types of liberty aren’t always mutually supportive. So, the assumption that they can be harmoniously combined and pursued in tandem is unrealistic, and it’s irresponsible to sell a political position by pretending that they can. It’s also dangerous, because it conceals the costs of giving one of the four strands greater emphasis: emphasising economic liberty risks diminishing social and political liberty, and we’d better not pretend otherwise. All of which is to say: if (as we should) we take seriously Laws’s injunctions against a la carte Liberalism, we should worry that his version of economic Liberalism is guilty of precisely the sins against which he rightly inveighs.