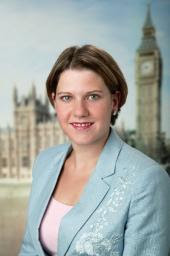 "bit miffed at being dropped from #bbcqt panel at 48hrs notice: Iraq inquiry this week and no Lib Dem on panel!"

I may be wrong, but I have a vague recollection that this might not be the first time this has happened to her, either.

What is reprehensible on the part of the BBC is that it is choosing to run its main current affairs discussion programme without a Liberal Democrat on the week that the Iraq Inquiry starts. The Liberal Democrats were the only UK wide party to oppose the war from the very start so it's clear that we have a unique perspective on a question that's bound to come up.

Not only that, but this is also the week that the Government puts out its response to the Calman Commission report. Again the BBC are allowing the debate on Scotland's future to be represented as a simplistic choice between traditional unionism and independence when we offer a dynamic, fresh Federal perspective.

This is the second week in four that there has been no Liberal Democrat in the panel which in itself is cause for complaint. And talking of complaint, click here to tell the BBC that you want this decision reversed and for Jo to be on the panel tomorrow night.

Thanks Caron. You can complain hree https://www.bbc.co.uk/complaints/forms/

That's a disgrace and I think you're right, it's not the first time.

They don't want anyone who will rock the boat.

Do hope she claims her fee with being 'pushed off' at such short notice.

John Redwood gets this with the BBC rather a lot too. I've read his complaints about being told he's not required on the Radio 4 morning programme just an hour beforehand.

It's not only Redwood, I've heard the same comment about Radio 4 from many other broadcasters, MPs, etc.