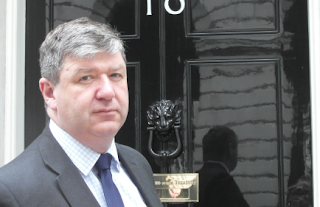 I said yesterday that I wanted a Liberal Democrat to come out and passionately call Alex Salmond out for suggesting that the case against independence was the case against Scotland. To recap, this is what he said in a Scotland Tonight interview on Tuesday:

..let’s see if we can get the pressure on to make sure we pull the Prime Minister into the ring and then let’s see if he can articulate a case against Scotland because I’ll certainly be articulating the case for Scotland.

And that Liberal Democrat calling him out? Step forward Alistair Carmichael who described his remarks as ludicrous and offensive and called on the First Minister to withdraw the comments. He said:

Alex Salmond’s given the game away with this narrow and cheap remark. It seems even Alex Salmond is prepared to label someone anti-Scottish if they question his independence plans. This nationalist witch-hunt is made all the more nonsensical given the fact that remaining part of the UK offers Scotland the best of both worlds.

This is the negative campaign from the nationalists which says that anyone who questions their plans is fundamentally against Scotland. If they are the kind of battle lines Alex Salmond wants to draw he may very well find even more people turning their backs on his campaign.

It is ludicrous and offensive to suggest that those of us who believe Scotland is better off as part of the UK are making the case against Scotland. The First Minister should withdraw his comments.

I have to say that I had to hunt down a photo of Mr C looking mean as all the ones I had were of him looking happy or with teddy bears. And even after finding this, it appears he has more in common with these than an actual mean person.