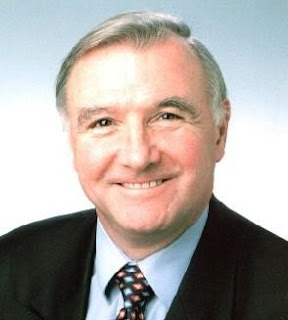 Lib Dem Voice is running a poll on who is the greatest living Lib Dem orator. They've given their suggestions but I think they've missed out my particular favourite. I think you would have to go a long way to beat Malcolm Bruce who can be guaranteed to both inspire and make you think. He can do the tub thumping, barnstorming political gags but he also excels at the reflective, compelling advancement of an argument. One of my favourite speeches of his was given at the Scottish Conference in 2008 when he spoke passionately and authoratively almost exclusively about his vision for the future governance of Scotland.

Three years earlier in the run up to our best election performance in a long time, he delivered this.

I think that there are few better at captivating and inspiring their audiences. His speeches are rich with his wide ranging knowledge of history and huge international experience. I've heard him speak many times, whether it's been at Conference or at a much smaller dinner and he's always come up with the goods. I remember a pre election training event a few years ago where he spoke very movingly of the dark forces at work in Europe and how it was so important that liberals were there to stand up for human rights and freedom. He spoke without notes and it's a speech that will never be published, but years on I can still remember it. That's a huge compliment from me given that I usually forget what someone's said within minutes.

If you agree with me, make a comment to the original thread suggesting Malcolm be added to the poll.

LibDig This!
Posted by Unknown at 2:00 pm