For heaven's sake, this is about violence against women and children, not breakfast foods, BBC!

The BBC should be ashamed of itself: 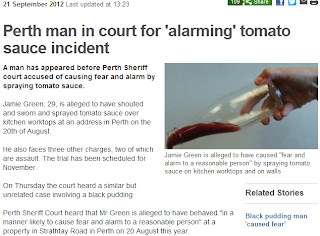 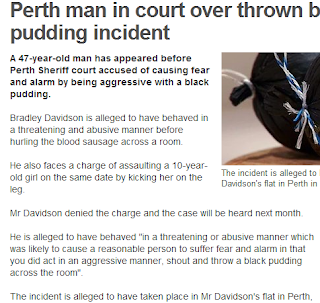 You would think, wouldn't you, that the Fair City has somehow been caught up in some massive food fight.

No. Go and read the two stories.

One involves a 10 year old girl being kicked and a really alarming display of violence. The other involves repeated domestic abuse of a woman.

Yet the BBC trivialises shocking incidents of violence against women and children by making it seem all about breakfast food.

When are the media going to take violence against women seriously? All domestic violence is traumatic and destructive and not for making light of. I'd expect this sort of thing from the Daily Fail, not our public service broadcaster.

Thanks to my friend Allan for pointing me in the direction of these stories on Facebook. He's proved that his brain is not made entirely of smut and innuendo by doing so.
Posted by Unknown at 4:11 pm