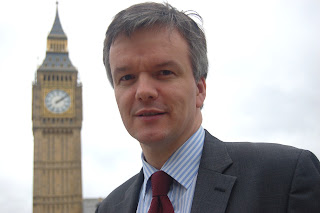 Erm, what is the colour of the sky on your planet Caron?


Your Union is crumbling and I can only assume you(the rump of the Scot Libs) are in some weird dystopia where the Scottish Secretary of State ( Michael Moore today, who maybe the last to bear the title?) has anything of substance to add to the debate on Scotland breaking the Union. He does not represent Scotland in the Cabinet of Westminster and really represents the forces of Westminster in Scotland.

Go forth and prepare for annihilation.

You will be missed and maybe, if you can regain your Scottish personna, may be able to reform a true radical Liberal politic in an independent Scotland.

The tipping point has passed.

The writing is on the wall, the tipping point has passed.

Support for independence is increasing. Willie has an approval rating of MINUS 14%. Actually, I bet it's brilliant fun being Salmond these days.

Sorry Caron, but this is just bemusing. Michael Moore has been an unmitigated disaster as Secretary of State for Scotland. The SNP have a higher share of the vote in the polls than they did on election day despite a handful of blunders in the first 100 days and for all the media hype, Rennie's not yet had much, if any, impact on the electorate.

It's time we stopped obsessing about Salmond and focussed on our own message.

Yes Salmond is shaking with guffaws as Moore and Rennie are playing a blinder, more of the same please.

Today the Herald carries the story that the independence "yes" outstrips the "no".

Alex Salmond has an approval rating of 62% against Willie's 17%.

In voting intentions the SNP have 49%; the Liberals have 6%. And for London they have 6% too against the SNP's 42%. I doubt they will get a seat at that rate.

Michael Moore is without doubt a disaster as SoS. He wasn't considered worthy even of a junior post in government and then Laws was found out and he jumped to Cabinet rank, because Cameron respects Scotland not at all.

Alexander doesn't even know who is responsible for the tram fiasco and caused sharp intakes of breath from his educated audience when he referred to it recently in some pathetic attempt at a joke.

Willie has 4 members of parliament; I suspect that that's about how many Nick will have (or rather Nick's replacement will have) after the next election.

Fun being Alex Salmond. Take it from me, he'll be lovin' it.

Caron have you ever heard of the cringe factor? Actually just do your usual and don't reply that is a rhetorical question.

I am like your other commenters speechless. This post achieves new heights of mindless sycophancy and plumbs new depths of head in the sand syndrome!

Funnily enough, I don't write this blog to please cybernattery in all its forms.

I can't remember the last time, Munguin, you wrote anything that wasn't barbed.

You are quite happy to have a good go at any Liberal Democrats you fancy, portraying Mike Moore and Danny Alexander at great unionist oppressors. There's not a lot of balance in the rants you write especially when it comes to Willie.

That's your style, fine, but I'll run my blog my way. Now, I've been critical of Willie, Mike, Danny, Nick and quite a bit of what the Coalition is doing on things like welfare reform, but I will also give credit where it's due. That's called being fair and that's who I am.

Graeme, what is it about Mike's performance that you think is so disastrous?

And I think that Willie Rennie has been saying a lot of the right things, articulating our values really well. That kind of stuff doesn't turn opinion poll rankings round overnight. It's going to take time, but I believe we will do it by hard work and being true to ourselves.

That’s fair enough Caron and you are right you run your blog your way. My criticism of you is that you do not reply to comments, which if I am honest is rather bad mannered and rude. People including me take the time to read you blog and compose comments. I think the least you could do is answer some of them. But now we know why! Its just the so called cyber-nattery that you don’t want to take on. What a dull blog it would be indeed if everyone just gushed with praise for you and the Lib Dems.


As for Rennie, I think he is what he is a failed Fife MP who got to the top of something (anything) by being the last turkey standing at the turkey shoot! He did not bother to put his name forward for a constituency in Fife because the people of Fife had already told him to sling his hook. Deny that if you dare!

As long as you attach yourselves to David Cameron and his English Tory Party I doubt that you will see any improvement in your polling. No matter how hard you work at it. Even the Tories know that in Scotland (and much of England) the very name is poison.

But to say in a week where polls have shown a further surge for the SNP, even from the unimaginable heights of the General Election when they won a majority (supposedly an impossibility), and in which the number of people shown (in a separate poll) to be PRO independence was greater than those against, that it must be hard to be Alex Salmond.... well!

If that were Mr Rennie or Mr Clegg enjoying that kind of support, do you seriously think they would be bemoaning their lack of fun?

I think they would be singing in the shower.

Didn't Clegg recently say that he got very depressed about some of the comments directed at him.

As for Michael Moore. What I say is keep it up mate. At least some of credit for the fabulous figures for the SNP must be laid at his door.

There's not much Scots like less than being bossed about from London by a Tory (and let's face it, that is, more or less, what he is).

I’m getting the impression from the people who comment on your blog that you are not the well rounded and fair Lib Dem you masquerade as but rather as a nodding-dog apologist that refuses to see the woolly mammoth in the room. The commenters on your blog (i.e. those above) are all critical, even the Lib Dem. Does that not tell you anything? I see I only got a rise out of you because my style is more direct, I prefer plain speaking Caron, I thought you would value that.

Munguin, I wish I had time to reply to every single comment left. Sometimes to do so would be just to feed a troll, and I've always doubted whether that's a worthwhile use of my time.

Sometimes, life just gets in the way and there aren't enough hours in the day.

But you're wrong that I never reply to comments.

I don't want gushing praise - and as a good liberal I relish proper debate that gets somewhere and at least gets some mutual understanding going. Just trashing people for the sake of it isn't my bag.

What happened in Dunfermline was due to the national swing - and getting an 8% swing from Labour on a night when everyone was clinging to them like they were some sort of security blanket really wasn't that bad.

And, just remind me, how many seats did the SNP say they were going to win in 2010? And how many did they actually win?

I’m sorry Caron but the “I’ve got a life” excuse just wont cut the mustard. Either your blog is part of your life and you make time for it or you don’t. I really don’t think you should employ that gambit for what is bad manners pure and simple.

It is my experience that you do not respond to comments in any consistent way. Even when the comments are constructive and deserve to be engaged with you often don’t so that wont hold water either. You seem to be forgetting that I do read your blog and its comments and I know that every commentor is not a “troll” as you suggest.

Munguin, sometimes the commenters on my blog agree with what I am saying, sometimes they don't. You can't judge from a single post.

I'm well aware of the situation my party's in. I don't agree with every decision the Coalition Government has made, but I know that our people in the Government are decent people who are doing good things - and that if they weren't there, the Tories alone would be a million times worse. That's what keeps me going.

If you go through my posts, you'll find that I've said nice things about people in all parties as well as call them out when I disagree with them. That's balance.

My blog is a huge part of my life. You don't know enough about my life to judge me on how I use my time. I do the best I can. I read every single comment & appreciate them and respond to as many as I can.

Well thank you Caron for acknowledging that you do in fact answer comments in a selective fashion.

Caron, I didn't say that Willie Rennie was a failed MP. Not once ever. I don't really think that he was. Most small party winners at by-elections lose their seats back to the big parties at the general election. Rennie was, in that case, like John Mason.

As for the fiasco that was Alex's vision of 20 seats... pffffffffff. I hate to sound smarter than the FM, but I never believed that for a second... not any more than I believed that the Tories would get 11.

CH, you made a comment about a poll on Scotland Bill and I deleted it by mistake. Could you please send it again.