Vince Cable gets to drive an Aston Martin and chocolate powered car made of carrots!! 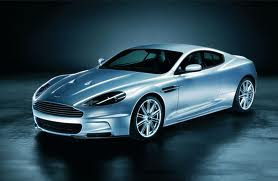 I've been a bit worried about Vince Cable recently. Whenever he's been on the Government front bench, he's always looked like he has the weight of the world on his shoulders.

He has the banks to sort out, a weighty challenge, but it's good that there are some perks of the job, all in the name of supporting British business, of course. Last year I posted about his appearance on Desert Island Discs in which he said that his luxury would be an Aston Martin. Yesterday, he got to drive one on a visit to Aston Marton's HQ in Gaydon, Warwickshire. The DBS, as you can see above, is a thing of beauty so I am very, very jealous.

Even this superstar of British engineering wasn't the most exciting car he saw yesterday, though. He also got to drive a Jaguar Limo Green, a British built hybrid car. He also had the chance to get behind the wheel of a third car,  at Jaguar's state of the art research lab in Coventry. This is a racing car with a steering wheel made from carrot fibres and powered by chocolate. Here's a video on this utterly fascinating feat of green technology which can be found on the University of Warwick's You Tube channel here.

I think it's fascinating, even though I am not sure there is such a concept of waste chocolate. I wonder if Mr Lovely Doctor Chocoholic approves of the cocoa bean being turned into biofuel.
Posted by Unknown at 10:14 am